Grasping at Eternity by Karen Amanda Hooper
Series: The Kindrily #1

Publisher: All Night Reads, Starry Sky Publishing
Genre: YA Paranormal Romance
Pages: 328
I received this book through NetGalley in exchange for an honest review.
GoodReads Summary: Leave it to Maryah Woodsen to break the one rule that will screw up eternity: Never erase your memories.
Before entering this life, Maryah did the unthinkable—she erased. Now, at seventeen years old, she’s clueless that her new adoptive family has known her for centuries, that they are perpetually reincarnated souls, and that they have supernatural abilities. Oh, and she’s supposed to love (not despise) Nathan, the green-eyed daredevil who saved her life.
Nathan is convinced his family’s plan to spark Maryah’s memory is hopeless, but his love for her is undying. After spending (and remembering) so many lifetimes together, being around an empty version of his soulmate is heart shattering. He hates acting like a stalker, but has no choice because the evil outcast who murdered Maryah in their last lifetime is still after her.
While Maryah’s hunter inches closer, she and Nathan make assumptions and hide secrets that rip them further apart. Maryah has to believe in the magic within her, Nathan must have faith in the power of their love, and both need to grasp onto the truth before they lose each other forever—and discover just how lonely eternity can be.

This book frustrated me. I suppose it was frustrating in a good way, as I read late into the night, refusing to put it down until what I wanted to happen happened. Which,  to my delight, didn’t happen like I thought it would. 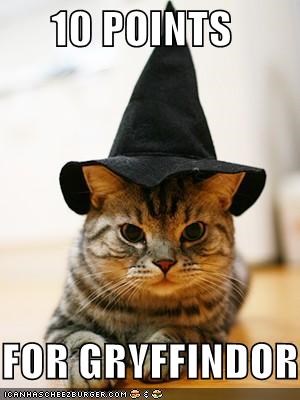 Gryffindor being Karen Amanda Hooper, of course.
Hooper gives an interesting and new perspective to the idea of reincarnation and past lives. I loved that the souls were connected in a family, or a kindrily, as it is named in the book. The kindrily is close-knit and very loyal, only caring about each member’s well-being. Maryah is blown away by their actions at the beginning, since she has no idea they are all ‘family’. At first, I thought how stupid it was that they were being SO OBVIOUS about the fact there was much more going on, and then as things were revealed, it started making more sense. I eventually came around to the fact that I liked the way Hooper laid everything out for the reader in Nathaniel’s voice as the story went along (this book is written in dual POV), rather than finding the entire backstory out when Maryah did. It certainly created a heightened level of tension and expectation. I knew she was going to have to find everything out sooner or later, and it killed me to wait for that bomb to drop.
Maryah’s road to remembering her past was long, and certainly not without its road blocks and speed bumps. There were plenty of freak out moments (not that I blame her). I loved that she dreamed about Nate all the time; the reader knows right away that it’s him, but Maryah has no idea. The kindrily keeps dropping all these hints to try to get her to remember, and its excruciating watching her flounder around in the deep end with no idea what’s happening.
Nathan. Nate. Nathaniel. You were a teensy bit whiny. Dreamy? Yes. Possessing awesome teleportation abilities? Yes. Showcasing manners befitting of a Jane Austen hero? Yes. But slightly TOO whiny. Now, I did feel REALLY bad for the guy. I mean, centuries of loving someone and then you find out they chose to forget you? That has to hurt. But the whole “I’m staying away from her. And yet, I’m going to show up randomly because I can’t help myself” game got a little exhausting. I did, however, find his thrill seeking methods of forgetting his problems rather attractive.
River. You slimy bastard. I didn’t like you from the start. I knew you were trouble. Something about you just didn’t sit well with me. I sensed a love triangle coming and I was ready to throw something across the room.

But I must have really underestimated Karen Amanda Hooper, because honestly, not much in this book was as it seemed. Including the dreaded love triangle.

Although the story of Dedrick and his evil plans for world domination {insert villainous laugh here} were really what drove the plot along, it almost seemed like a completely unimportant part of the story. I’m sure it will be absolutely crucial in the second book (which I am greatly looking forward to, by the way), but it seemed as though it took a back seat to the story of Maryah and her little trip to self-discovery. He was really only in one scene, and it wasn’t even a climactic moment. But I assume Hooper was just setting up the conflict for the rest of the series.
Excited to read the sequel. By the end of Grasping at Eternity, I was fully invested in the story and I really want to see how it plays out!
Similar books: Fallen by Lauren Kate, Significance by Shelly Crane