The girl with straight As, designer clothes and the perfect life-that's who people expect Rachel Young to be. So the private-school junior keeps secrets from her wealthy parents and overbearing brothers...and she's just added two more to the list. One involves racing strangers down dark country roads in her Mustang GT. The other? Seventeen-year-old Isaiah Walker-a guy she has no business even talking to. But when the foster kid with the tattoos and intense gray eyes comes to her rescue, she can't get him out of her mind.


Isaiah has secrets, too. About where he lives, and how he really feels about Rachel. The last thing he needs is to get tangled up with a rich girl who wants to slum it on the south side for kicks-no matter how angelic she might look.

But when their shared love of street racing puts both their lives in jeopardy, they have six weeks to come up with a way out. Six weeks to discover just how far they'll go to save each other.

One night, when Rachel Young is feeling especially claustrophobic in her “perfect” life, she happens upon an illegal drag race. Rachel loves driving more than anything else in the world, so she decides to go for it. When the cops show up, foster kid Isaiah Walker, all tattoos, earrings and street smarts, gets her away from the scene before they can be arrested. The two realize they have some things in common, namely their love of cars. When a street punk claims that he lost $5000 because of the cops showing up, it’s Rachel and Isaiah’s fault, and they have less than six weeks to pay him back, the two team up to try to win the funds through legal racing. Their love of cars and mutually miserable situations bring them together in ways they never expected.

Not gonna lie, this book is fairly predictable. Fortunately, that didn’t make it any less enjoyable. This genre generally follows the same formula: Girl meets boy, probably someone who is unexpected or out of the ordinary, they fall in love, they overcome obstacles in the name of their super true teenage angst filled love, and then the biggest obstacle of all gets in their path, which they eventually overcome with their super love (after a temporary break up, of course). 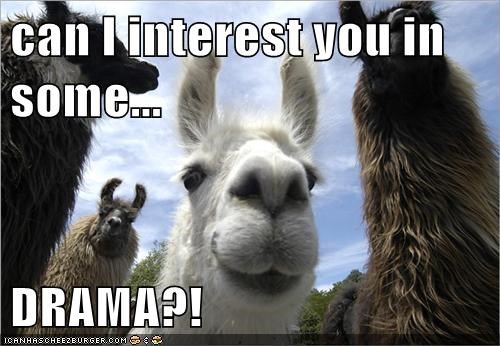 In all seriousness though, I really enjoyed this book. McGarry does an excellent job of creating sympathetic characters in miserable circumstances. The reader grows to love these characters, cheering on their victories and tearing up at their failures. Fortunately, I have never been in any of the situations these characters went through. I have never attended an illegal drag race, driven a mustang, fallen in love with a tattooed foster kid, had panic attacks that landed me in the hospital, or had my life threatened by a horrible punk named Eric. This book is not for anyone looking for a barrel of laughs. In fact, you may spend some of this book looking like this:

Alright….maybe that’s a tad dramatic. But still, it’s one of those books that makes me thankful for the life I have.

Isaiah. You really just want to give him a hug. Now, certainly, if he walked up to me, all tattooed and earringed and street punk whatever (I’m obviously very knowledgeable about this culture) I would be terrified. It’s more than likely that I would try to get away from him pretty quickly. Fortunately for us, Rachel, miss straight-A private school rich girl, sticks around (she doesn’t have much of a choice). Their relationship, although it develops rather quickly, is adorable.

Rachel was less likeable than Isaiah, but that was only because she spent most of the book complaining about how her family doesn’t see her, care about what she cares about, etc. McGarry threw in a very interesting response from Rachel’s mom at the end, which I greatly appreciated.

People who live to control other people and make their lives miserable make me very angry. There were plenty of those in this book. I wanted to punch all of them. I obviously am NOT the person to handle organized crime. Any time anything good happened to Isaiah, someone was there to try to take it away from him.

But seriously. Leave the poor boy alone. He was just minding his own business, trying to make a better life for himself. Dang, he’s a likable character. Usually this character in this genre is lost and horrible and is miraculously changed by the girl. Isaiah was already changing his life (in legal ways) and when Rachel came along they began to take care of each other. What ensues is very sweet, very painful, and ultimately triumphant. I seriously enjoyed this book. Glad McGarry is writing more!