Today marks my first Movie/TV show Review! I love movies/tv ALMOST as much as I love books (books win every time by a landslide), so I thought I’d start reviewing them as well.

I am fortunate enough to live near an Art House that shows indie movies and limited release films, such as Joss Whedon’s “Much Ado About Nothing.

I remember seeing Kenneth Branagh’s “Much Ado About Nothing” so many times growing up that I could practically quote the entire movie. That doesn’t sound impressive until you remember it’s Shakespeare. So I am well versed in this magnificent comedy. And I ADORE the Branagh version. I think it’s beautifully acted (except for the misstep that is Keanu Reeves. But he brings another level of entertainment to the movie), it is wonderfully directed,  and as an actress myself, it is an incredible resource for Shakespearean acting. It is larger than life, dramatic, earnest, and one could almost picture Branagh’s version taking place on a stage rather than on film.
Whedon’s version is quite different.
Filmed all in black and white (or greyscale, as apparently it’s called; I’m no film expert), this “Much Ado” is set in modern times. For Joss Whedon fans, much of the cast will look familiar, as many of them have been in his previous works. The movie was shot in just twelve days at Joss’ house, during the month vacation the director had from working on The Avengers.
If that doesn’t make you feel like an underachiever, nothing will. 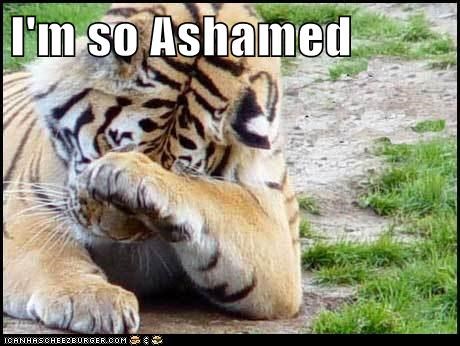 This “Much Ado” was more intimate, more understated. One review I read said that it felt like you were listening in on private moments in these people’s lives. I completely agree.

It felt like the cast never stopped drinking, which became quite hilarious. At one point, my brother leaned over and said “All this drinking certainly makes the plot more probable”.

Oh, and Joss Whedon also did the original music. Which was quite lovely, by the way. He took the poems written by Shakespeare in the play, and put them to jazz music, creating a very nice ambiance for the movie. So if you’re worried that “Sigh No More” isn’t present, worry no longer. Whedon composed a lovely rendition for this movie.

I wasn’t blown away by the cinematography, but that’s not to say it was poorly done. I just didn’t notice anything out of the ordinary. There were a few shots that reminded me of film noir, but those were few and far between, so I don’t think it was theme Joss was promoting.
The costumes were similarly nothing too special. The men wore suits, and the women wore dresses. Because it was set in modern times, there weren’t any really memorable pieces, although nothing stood out as detracting from the overall quality of the film. Everyone looked good in what they were wearing.
The cast. The marvelous cast. Here are the main players:

Beatrice: Amy Acker
Probably my favorite part of this movie. Her acting was excellent. I loved that you really felt the hurt that she had from Benedick from their past relationship. It gave a strong foundation to their ‘war of wits’. I remember thinking halfway through the movie “I hope she gets recognized for this. This is some really excellent acting!”

Adorable; far more understated than Branagh’s Benedick. Very sardonic/sarcastic for the most part, but then, in those moments when he is earnestly telling Beatrice he loves her, or trying to help the situation, his seriousness and honesty was absolutely beautiful. It was so nice to see the dynamic quality of his character.

Leonato: Clark Gregg
Hard to separate him from Phil Coulson in “The Avengers”, but he did a lovely job as the kind-hearted Leonato, master of the house and Hero’s father.

Claudio: Fran Kranz
Very intense, but adorable nonetheless. There’s a moment where he is sitting in a pool with snorkeling gear on, holding a martini (this is on the movie poster), and we just couldn’t stop laughing. Let’s just say there was a lot of drinking involved. But the moment that he confronts Hero is absolutely heartbreaking.

Didn’t really have an opinion of her. She did a good job. It’s kind of the most boring part of the play anyway. But she did it well nonetheless.

I honestly didn’t like him as much as Denzel Washington in the Branagh version. However, he was quite good; nothing about him made me dislike his performance. And he fit in very nicely with the rest of the cast.

Not necessarily a right casting in my book, but all I have to say is: SO MUCH BETTER THAN KEANU REEVES.

Absolute Perfection. I laughed pretty much every time he opened his mouth. Probably the most spot on casting for the entire movie. Go see it just to see him make a fool of himself. It’s completely worth it.
One of the best parts of this movie? For those “Angel” fans among us—- IT’S WES AND FRED 🙂

Definitely worth a trip to the nearest art house.